On a Saturday night not long ago, we had a bread feast at our house. Planning a bread feast is always a risky endeavor, at least for me. When I’m experimenting with bread (which is how one ends up with enough loaves to make a feast), there’s always a chance that one, a few, or all of the loaves will fail. Miserably. And with baking, it’s not like with other kinds of food, where you can do things to salvage it after it’s technically finished. Forget the carrots in the stew? Serve a raw carrot slaw on top instead! Overcook the potatoes? Turn them into mashed potatoes! Get the proportions wrong in your dough? Sorry, you just spent your entire Saturday producing something that is inedible.

And so a planned bread feast is primarily something for very seasoned, confident bakers. And although I love baking, I don’t think I’ve earned any of those adjectives just yet. So my bread feast was impromptu. Like, ‘Hey, I’m baking some breads in the next hour, they look promising, wanna come over?’. 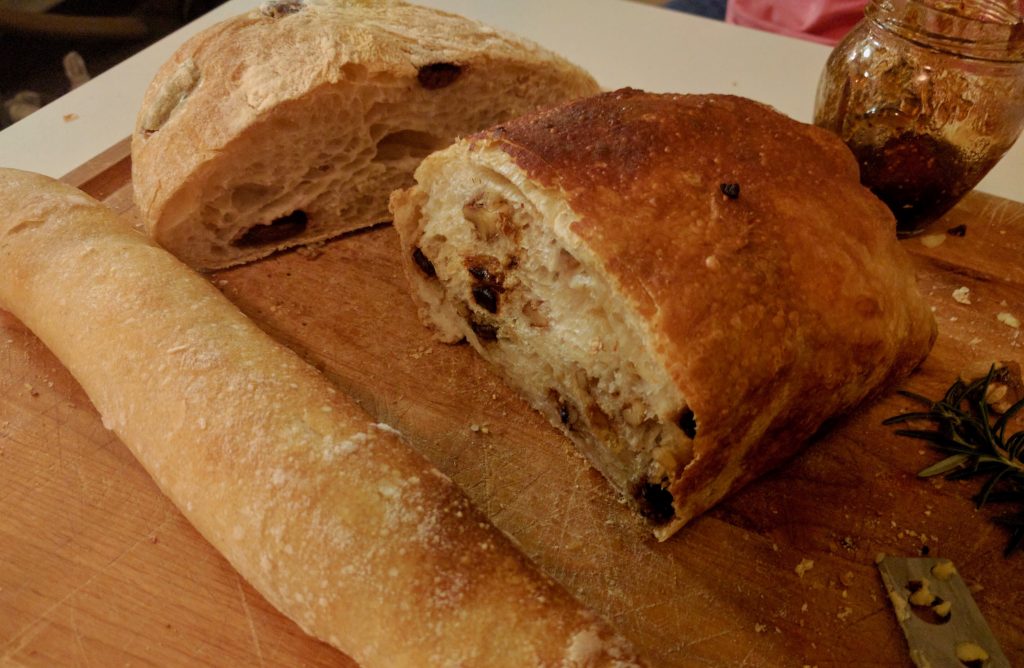 Luckily, the breads all turned out really well. I made four kinds of breads. Two came from a very airy dough turned into an olive bread and a fig and walnut bread. The other two came from a sourdough, and ended up as a crusty pan loaf and some slender baguettes.

It was a en excellent kind of evening. One of my good friends came over with some red wine while the first loaves were baking. The olive bread was the first to be deemed finished. It emerged from the own looking rustic, sounding promisingly hollow, and smelling oh so good. Then we sipped our wine while we waited for the bread to cool down enough so we could slice itandproceedtoeatit. 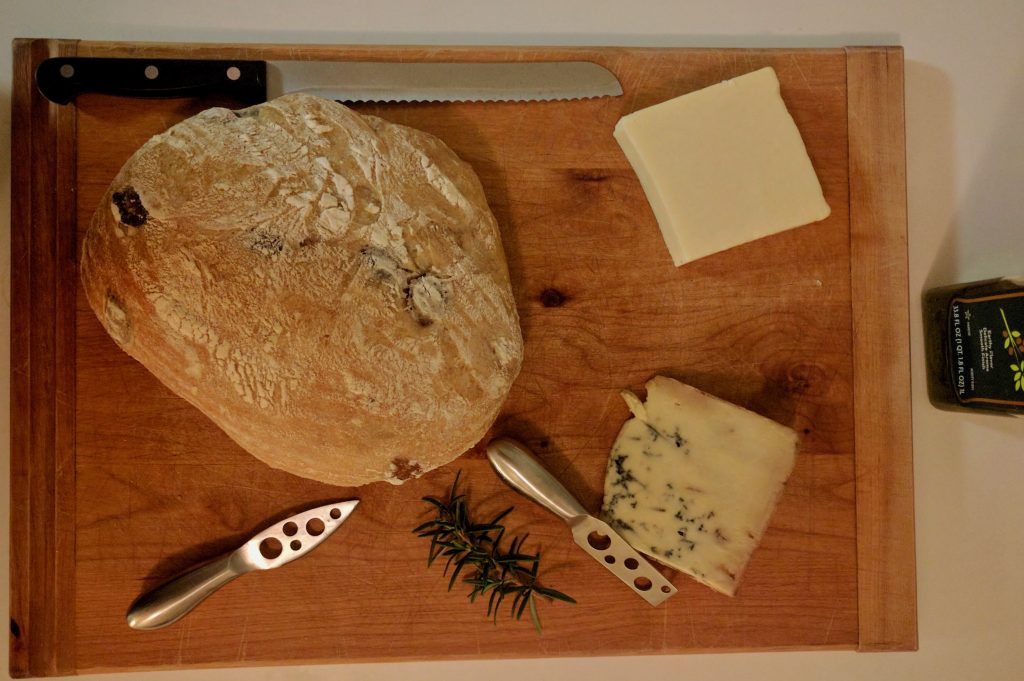 Or at least we tried. It happens that Paulus is an excellent bread slicer who has dealt with adverse conditions in the performance of his craft before. 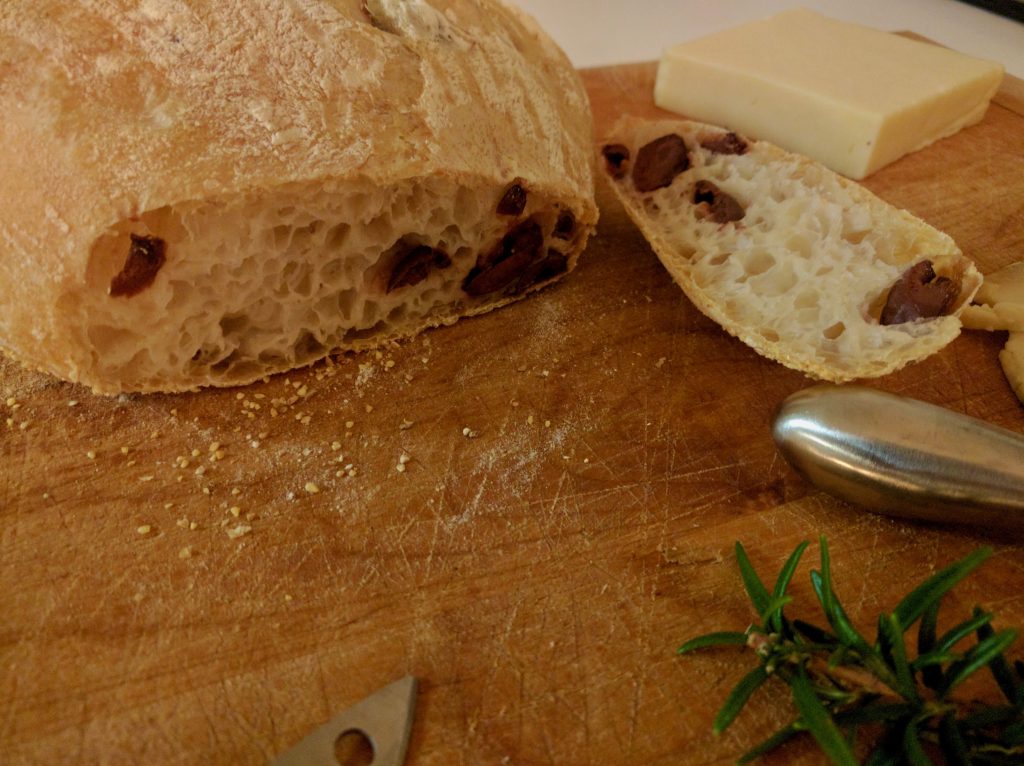 So slices were successfully separated from the loaf, and promptly prodded, smelled and inspected by me, and smothered in butter, olive oil and cheese by the others. This was a very good bread, with a big air pockets, a chewy crumb and big chunks of olive scattered through each slice. 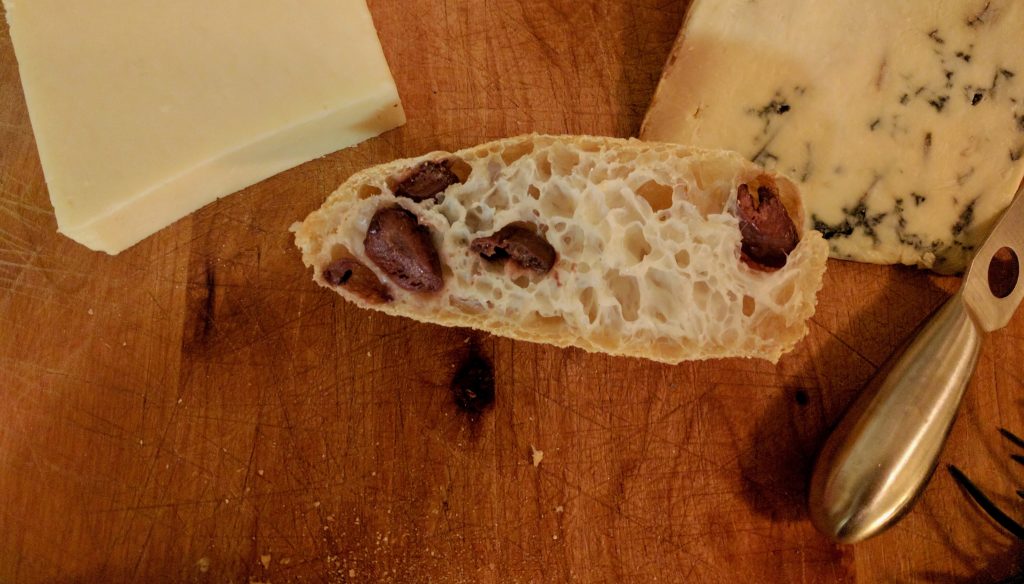 After we ate about half of this loaf, I judged the fig and walnut bread to be ready. When that came out of the oven, the sourdough bread and baguettes went in. The fig and walnut bread was similar to the olive bread in crumb and structure, but I had painted its top with a mixture of water, salt and malt syrup while it was baking, which gave it a deliciously thin, crispy, salty and darkly malted top. So we ate half of this loaf too. Mind you, Paulus and I had already had dinner before we realized we would be having a bread feast. But the combination of the fig and walnut bread with a delicious blue Stilton cheese could not be satisfactorily sampled in just one slice.

Next came the sourdough baguettes. I was a bit worried about the sourdough breads, because I only recently assembled a sourdough starter again after a long break from this overachieving type of bread baking. But they were pretty near perfect. 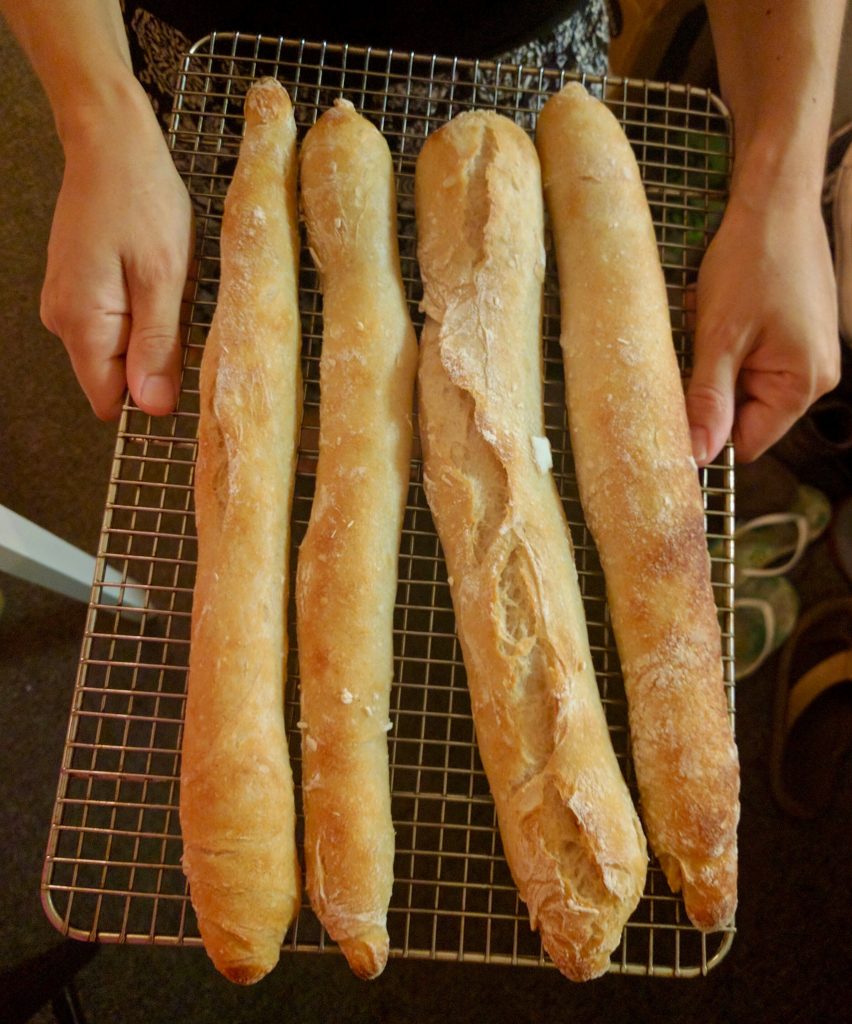 At the time, I didn’t realize just how satisfied I was with the end result, because after eating many slices of intensely flavored bread, a plain old baguette just wasn’t enough to excite my palate, no matter how crusty it was, or how miraculous it is to make bread from nothing but flour, water, and salt. On a daily basis, I much prefer my bread to be plain, so I have since seen the error of my ways and learnt to count myself lucky whenever a sourdough bread succeeds (yes, there has been a recent failure or two, I’m not gonna lie. To be documented soon). 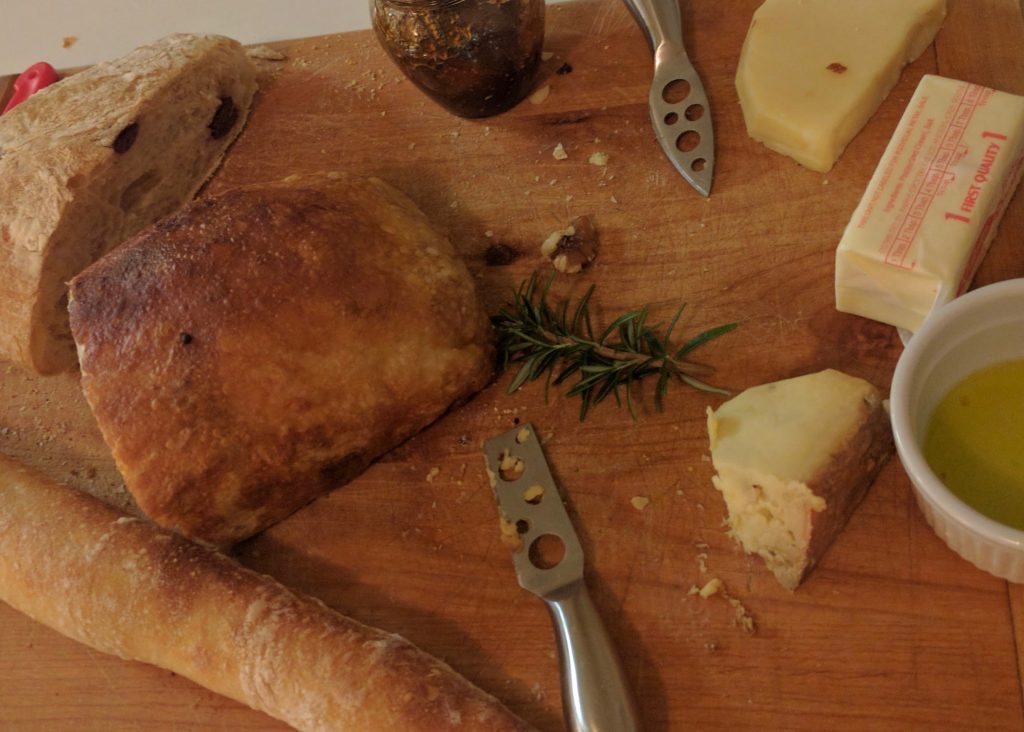 Regardless, baguettes were eaten with various spreads, and before we knew it, it was time for the last act of the show, the sourdough pan loaf. 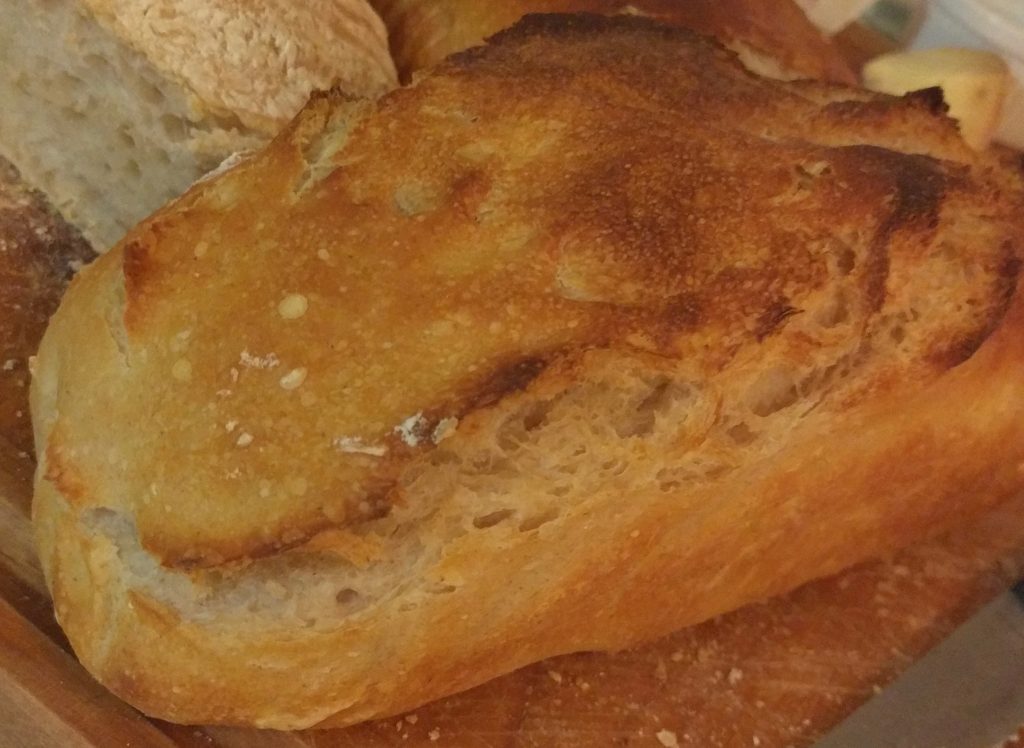 This came out of the oven looking like I was the kind of baker that was confident in their sourdough skills, and for the rest of the evening we picked at the various breads and spreads, opened another bottle of wine, and were in general the kind of happy, sociable, no-longer-hungry-but-still-eating people that you expect at a successful bread feast.

Yes. This was my type of Saturday night. 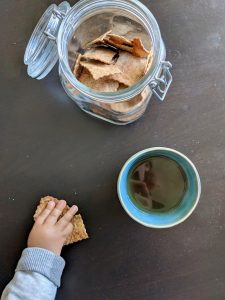 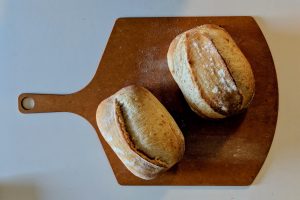