After Storm was born, we spent almost two days in the hospital. I was given a clean bill of health (as much as you can get when you’ve just birthed a baby – but that leads into a discussion of the postpartum period that is for a future blog entry) after 24 hours. But because my water had been broken for so long before Storm was born, and because his temperature had been slightly elevated at the two first checks after birth, the pediatricians decided to keep us there for another night for observation, in case Storm was developing an infection. We were ready to leave after the first night, though. I found it hard to be in the hospital afterwards, what with the constant measurements and checks done on Storm and me, day and night, and the monitors and the lights and the beeping. Not to mention that I really wanted to just lay next to Paulus in the bed and have a good cuddle, but both the hospital bed and the couch that Paulus slept on were too small for this. 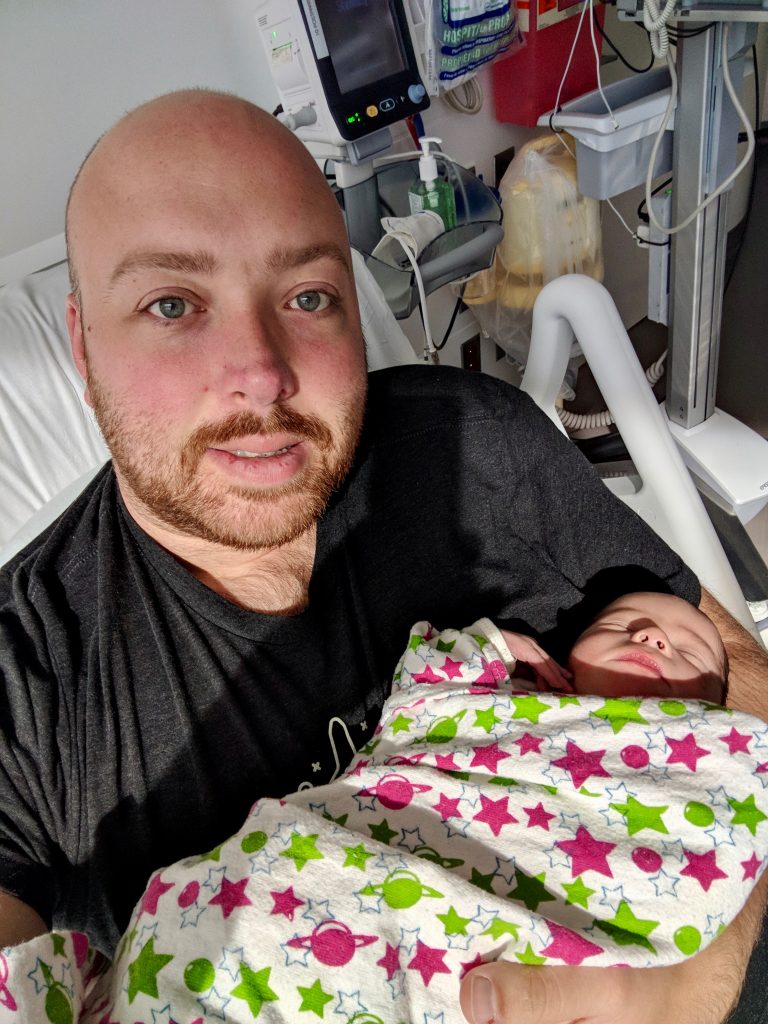 Of course, there were also positive aspects to our stay in the hospital. While there, the professionals came to see us, instead of the other way around as it is otherwise done in the American system. I had a lactation consultant visit our room and give me some pointers on breastfeeding and a good latch. We also had an opportunity to learn from the nurses how to swaddle our baby, and we (actually only Paulus) had time to get familiar with changing a newborn’s diaper – something that neither of us had done before. And of course, by staying longer we had another day of our food order magically appearing in our room for every meal. But nonetheless, we were eager to go home.

Finally, after much waiting (waiting for the people from the pharmacy to drop of the medications we had been prescribed, waiting for the pediatrician’s attending to give the final ok, waiting for the nurse to show us how to strap Storm in the carseat (side note for European readers: in the U.S., they won’t allow you to leave the hospital with your baby unless you have an approved carseat)), we were discharged. With a seemingly very small Storm securely if not exactly happily in his carseat – it wasn’t love at first sight-, we made our way out the hospital building, and drove home, all of five minutes away, veeeeery carefully. At home, my mom had created a lovely welcome for us with a vase of fresh flowers and a ‘you did it’ card. The first order of business for Paulus was to give Storm a tour of the place, so he would know his home. And honestly, I don’t remember much after this. But my guess is that there was nursing and napping involved. 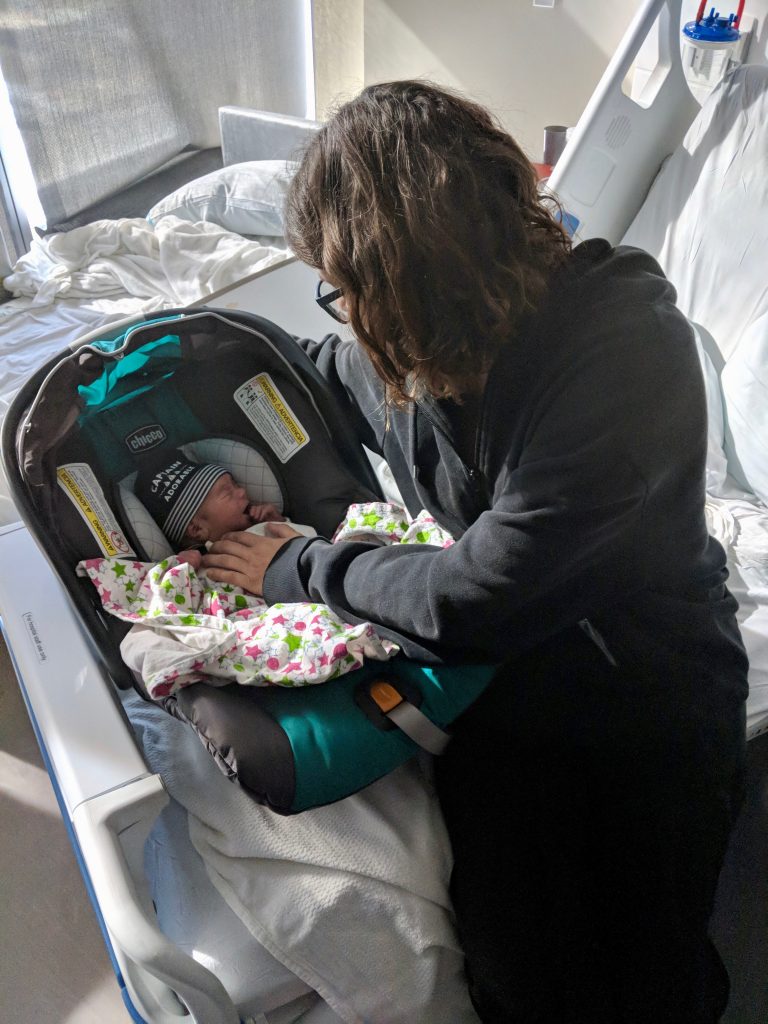