First of all thanks to everyone who reached out to me with comments and private messages about the previous pregnancy posts. All the messages made me glad that I made the decision to share the experiences that were less positive, and all of your kindness and similar stories made me feel less alone with my worries. So thank you for that.

This post is about the final weeks of my first trimester (weeks 9-13). This time was much like the initial half of the first trimester for me, except busier. There were visitors, trips, events and parties, which was all wonderful and helped keep my mind of the nausea.

Week 9 started out well, since I was still reassured by seeing the embryo’s heartbeat at our midwife appointment the previous week. But then, a few days in, I started spotting. It lasted only a short time, and I wasn’t in any pain, but it felt like a bit of a slap in the face anyway. Did you actually feel relaxed for a moment? I think not! I sent many a frantic text to Paulus who was away for a conference, but when nothing further happened, I slowly returned to normal, to a steady base level of worry. When additional brief episodes of spotting happened in week 10 and 11, I took comfort in the fact that it had indicated nothing wrong the first time.

At the end of week 9, my dad came to visit, which you can read more about in another post. He stayed for a couple of weeks, and we had a wonderful visit, ate lots of good food and had lost of naps. This was the first time my dad traveled to the US, so I had been trying to prepare him for the inevitable jet lag that follows a trip here from Europe. However, since I had gotten into the habit of taking lots of afternoon naps, my dad and I would have a siesta time after lunch most days, and so he was able to stave off the 8pm jet lag-induced crashing. Now he probably thinks that jet lag isn’t actually a thing. But I have no regrets, the naps were great.

When my dad left, I was already in the 11th week of pregnancy. At the beginning of week 12, we had the first big ultrasound appointment. This was the Nuchal Translucency Scan, the point of which is to measure fluid in the fetus’s neck fold, which provides an indicator of the likelihood of Down Syndrome and other things. The results of this test are held together with the results of a blood test that you do around the same time (and I had done a week earlier). I was nervous in the days leading up to the appointment, as you can imagine, but on the morning of, strangely, I was feeling calmer. Paulus and I were joking about the art work in the health care offices we have been to recently – they are all of quiet beaches, beautiful sunsets over the ocean, and calming waves coming to shore. This being Southern California, it makes sense to have pictures of beaches, but it was a bit excessive. Like, once you noticed it, it almost makes you feel more nervous, because why do they need all this calming pictures, are appointments here so stressful?

Anyway, we had our scan with a technician, and it went really well. The baby was sleeping, so the tech had to poke it with the ultrasound probe-thing to get it to move. I can’t really blame it – after all, I’ve modeled strong sleeping behavior for most of its existence so far. This baby is probably going to fall asleep whenever it comes into contact with any kind of screen. Thanks week 7-11 Netflix-binge. Well, the baby eventually gave in to the prodding and moved into the proper position to be measured. As before, it was measuring a bit ahead – 12 weeks and 3 days this time, compared to the calendar’s 12+0. The rest of the scan looked good, too. Or so they said. It’s harder than I expected to interpret anything on these ultrasound pictures. But there was a beating heart, and also a nasal bone, which we were told was a good thing. I’ll admit, the nasal bone wasn’t the first bone that came to my mind as important (before we were called in, Paulus and I had discussed whether we thought arms or legs would be more preferable in a baby, if one had to choose), but generally the people in scrubs know what they’re on about.

After the scan, we had to wait for an actual doctor to interpret the results (including those of the blood test) for us. When he entered the room, he looked so grave that we felt our hearts sink. This could not be good news. In a low voice, he informed us, that although the scan had looked good, the primary purpose of the visit was to assess overall risk. He continued to say that they had done the calculations, and that the numbers indicated a very low risk for any developmental abnormalities. Then he looked at us, and it was clear that it was now our turn to acknowledge this message. But it took us a while to reconcile his grave face with his words. For about half a minute, my brain struggled to process the conflicting signals. Then I put on my best question intonation and said ‘so that sounds good?’. The doctor agreed that it did, gave us the papers that detailed just how low the risk was, and then sent us on our way. We walked out, not looking at each other until we had exited the waiting room. When we did, I could see in Paulus’ face that he was as stunned as me. Finally, we burst out laughing at the confused looks in each other’s faces. Honestly, what was that doctor thinking? I recognize that healthcare is a serious matter, but I also think it might be helpful to anxious, expecting parents, if you don’t look like death when you give them good news.

In any case, we left with a bunch of pictures of the baby that were promptly forwarded to family members and the few friends who already knew. 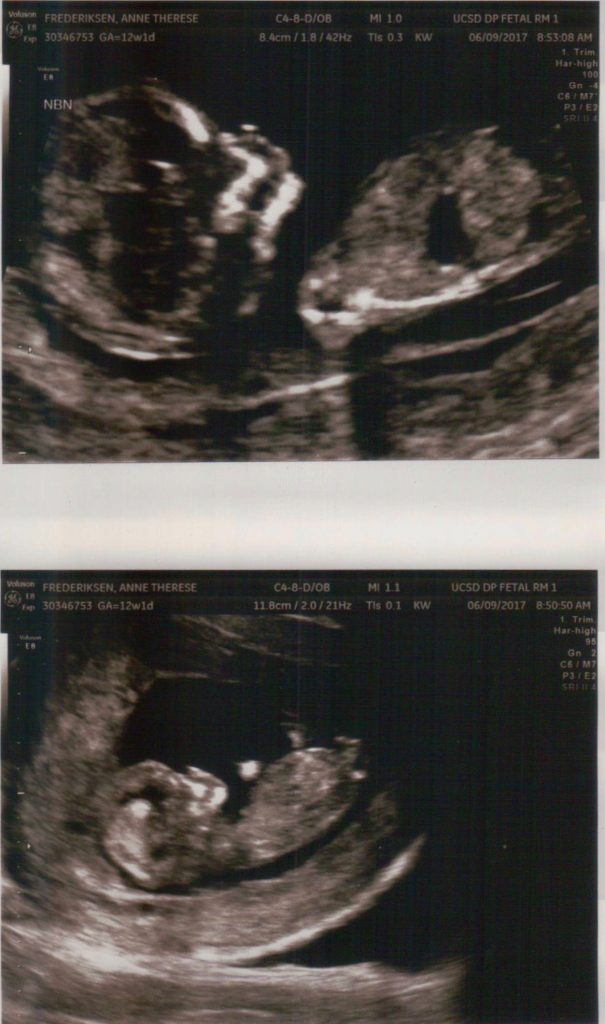 The weekend after the scan, we hosted a party for a good friend who was in town, and whom everyone of our other friends wanted to see. We had decided to break the news to our friends on this occasion. Announcing good news in person has become so unfamiliar to me, as these days I usually do it on Facebook. Consequently, Paulus and I actually had to have a conversation about how we were going to approach this task. We opted for just telling each person as they arrived or in the course of the evening, and it was great to experience everyone’s joy and happiness for us. Not to mention finding out who had already guessed and who hadn’t. There was also an incident where Paulus had to call me over to clear up some confusion. He had been telling a couple of our friends that we were expecting a baby, and they didn’t believe him. Apparently, I’m more trustworthy, and confusion quickly turned to surprised congratulations.

During the final weeks of the first trimester, I started to feel better. The nausea started to decrease, and my energy slowly began improving again. This was a good thing, because we were also approaching the end of the university Spring quarter, after which comes the Summer. And in Summer, there are no classes, no lab meetings, and no schedule beyond what one sets up for oneself. That means that if you want to get work done, you have to bring on the self-discipline. This is difficult enough under normal circumstances – I would not particularly want to try it while also battling nausea and exhaustion.

As for bodily changes, I didn’t really begin to show visibly in the first trimester (except for lots of bloating), but at some point towards the end of it, I noticed that my abdomen had started poking out really low, just above my pubic bone. Although I still wasn’t feeling the baby in any way, it was encouraging to see that my body was changing, even if just a little bit. I also began to worry a bit less, and I noticed that I would sometimes feel impatient for the time when I could begin to really connect with the baby – feel it kick, and rub my belly without feeling silly. I’ll take impatient over worried any day, though, so this was another improvement.

When the first trimester ended, I was both relieved that I was finally there, and surprised that all those weeks had actually gone by that quickly. Hopefully the second trimester brings lots of things to get excited about. 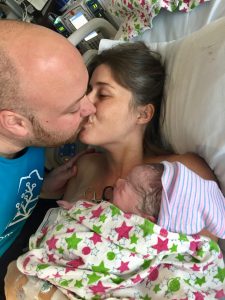 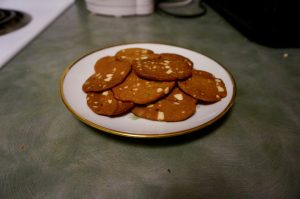 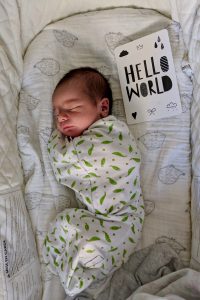