For the fourth of July celebration, we drove to Orange County to visit with friends. This was my first year having a proper 4th of July celebration, although I’ve been here for years now, and Paulus has been having them several times. I guess I’ve either been in Europe for conferences and family visits, or too busy with work deadlines during this time.

But this year, we both made it. We drove to our friends’ house on the afternoon of the 3rd, and spent a lazy afternoon lounging in the sun and in the pool. Paulus and I bought two amazing stuffed animals from our friend who is the creator of Stanley Shark and friends. 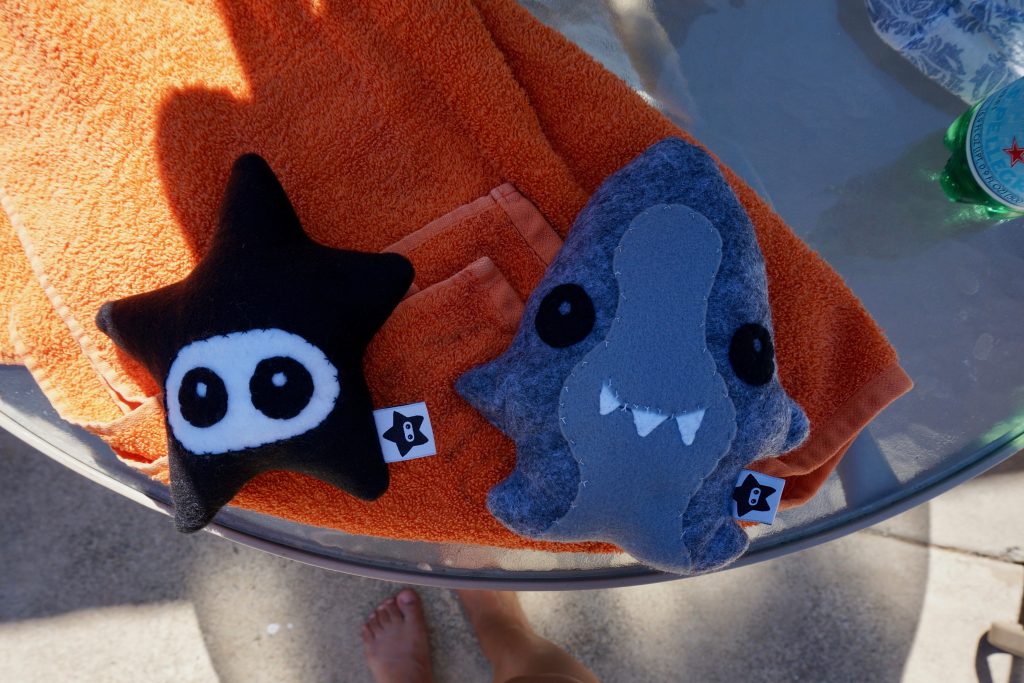 At night, we had a barbecue with Balkan style Cevapi sausages with bread and raw onion, and American style cheeseburgers, nicely reflecting our hosts’ heritages. Bonfire, sparklers, and fireworks provided the entertainment. Did you know that sparklers will work under water? One of the friends at the barbecue is an aerospace engineer, and he taught us this trick as a never-ending source of joy. 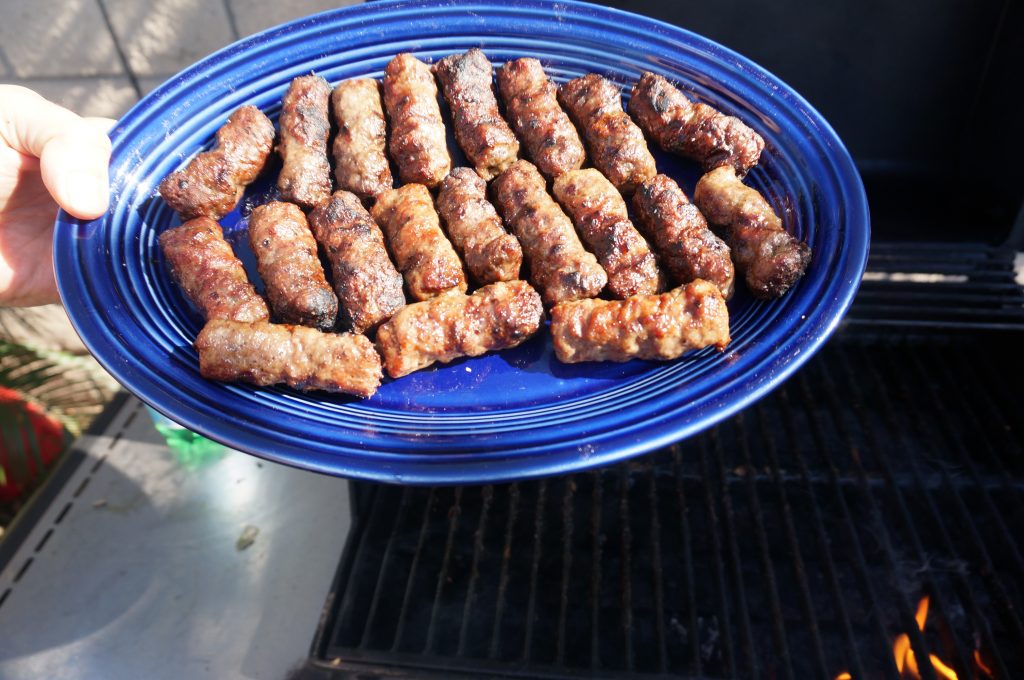 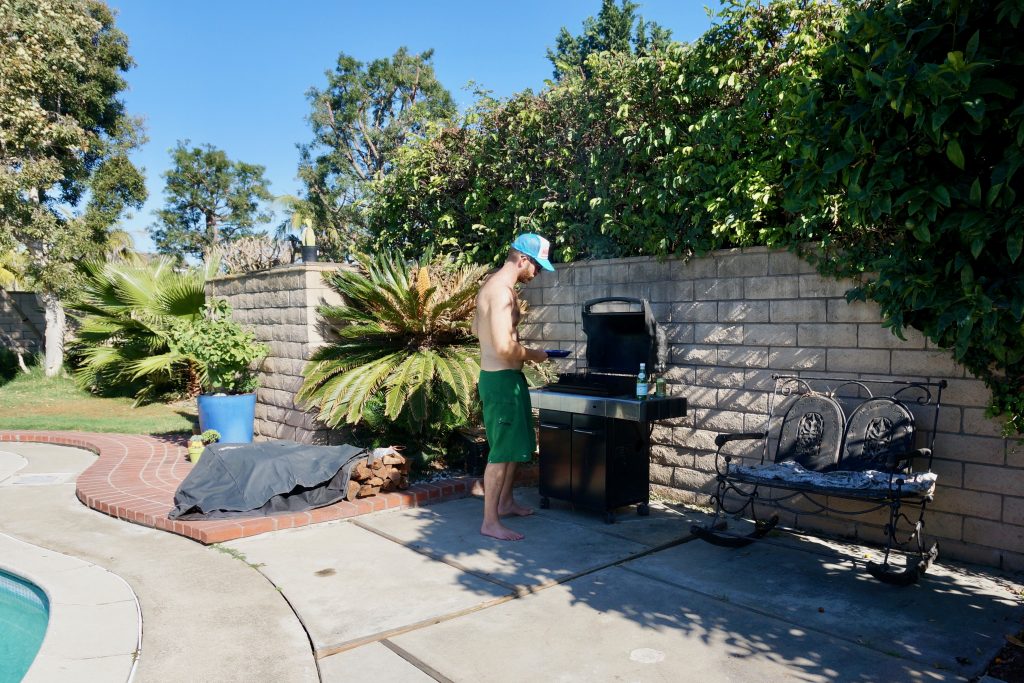 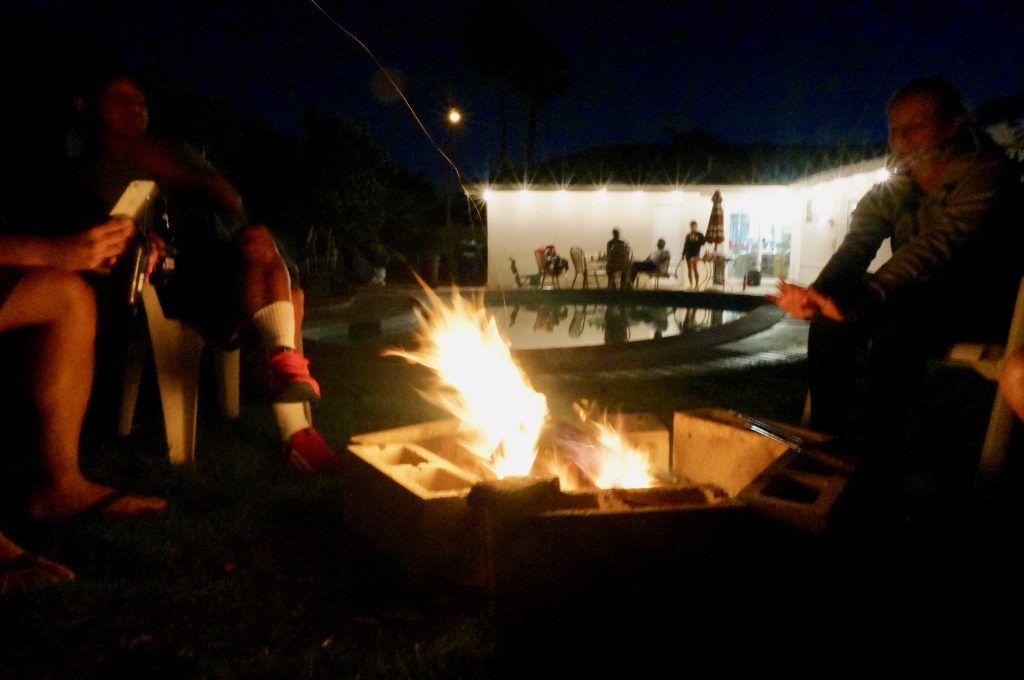 The next day, we headed into town to watch the parade, peruse the food stalls and walk on the beach. Late afternoon we changed up the venue and went to visit some other friends. There, we were having a crab boil. I’ve never had a crab boil before, and although you might consider the name sufficiently descriptive, I wasn’t entirely sure what I had signed up for. It turned out that a crab boil is the most delightful, messy, eat-with-you-hands affair you could possibly imagine. It involves covering a large table with plastic table cloths and bits of paper or newspaper and then dumping large quantities of shrimp, crawfish (or, presumably, crabs), sausages, and corn on the cob on top of this. And then you eat. You peel a shrimp, while munching on some sausage, and then you repeat the process with other items, struggling to free a crawfish of it’s shell while you’re taking bites of corn or sweet Hawaiian rolls dipped in lime and pepper. So you eat and eat. Until you’re stuffed, and then a bit more. And your hands get dyed and sticky from the marinade, but that doesn’t matter because you’re just going in for another shrimp anyway, and when, once in a while you look up from your corner of the table long enough to notice other people, their hands are dirty and sticky too.

So it turns out that a crab boil is similar to what I first heard mentioned in one of my cooking shows, A Chef’s Life, as a Frogmore Stew (If you’re dying to try it out, here’s a link to a possible recipe). I was endlessly fascinated by the mixture of ingredients in the stew, as with the method of cooking and ingesting it, but because I’m a hesitant seafood eater at best, I had yet to brave recreating it. Instead, I had the pleasure of being presented with its close cousin, the crab boil, prepared by others, in an ideal setting. Ten people were seated around the big table in a luscious garden, on a warm July evening, just gobbling up the deliciousness in front of us. It was truly wonderful, and it always makes me happy to be introduced to new types of food. Plus I don’t think I’ve ever eaten this much seafood in any one setting before. 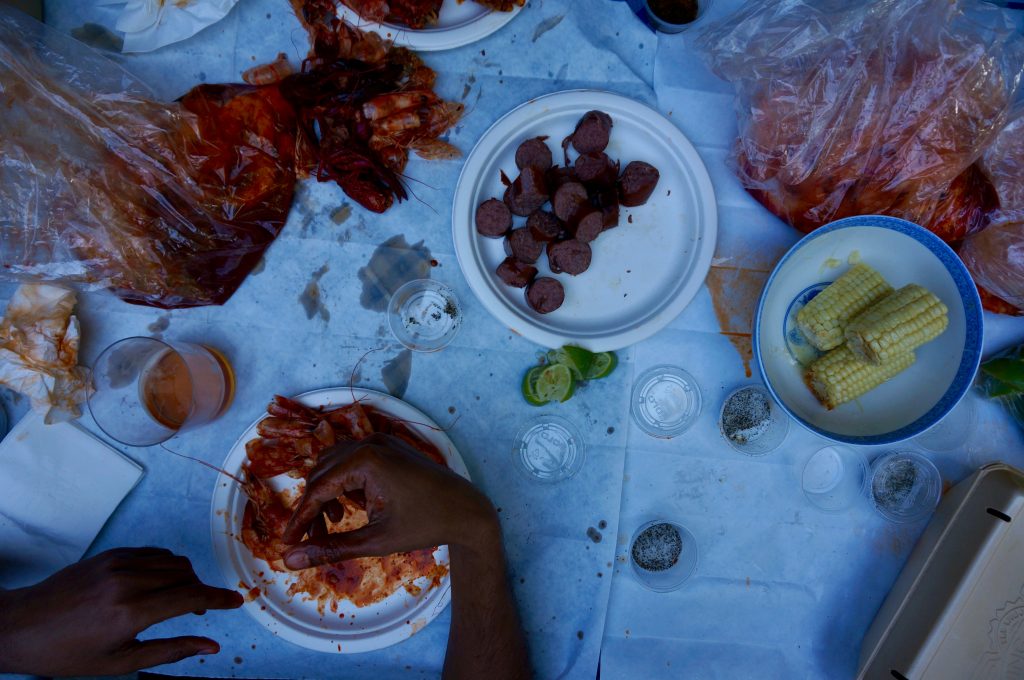 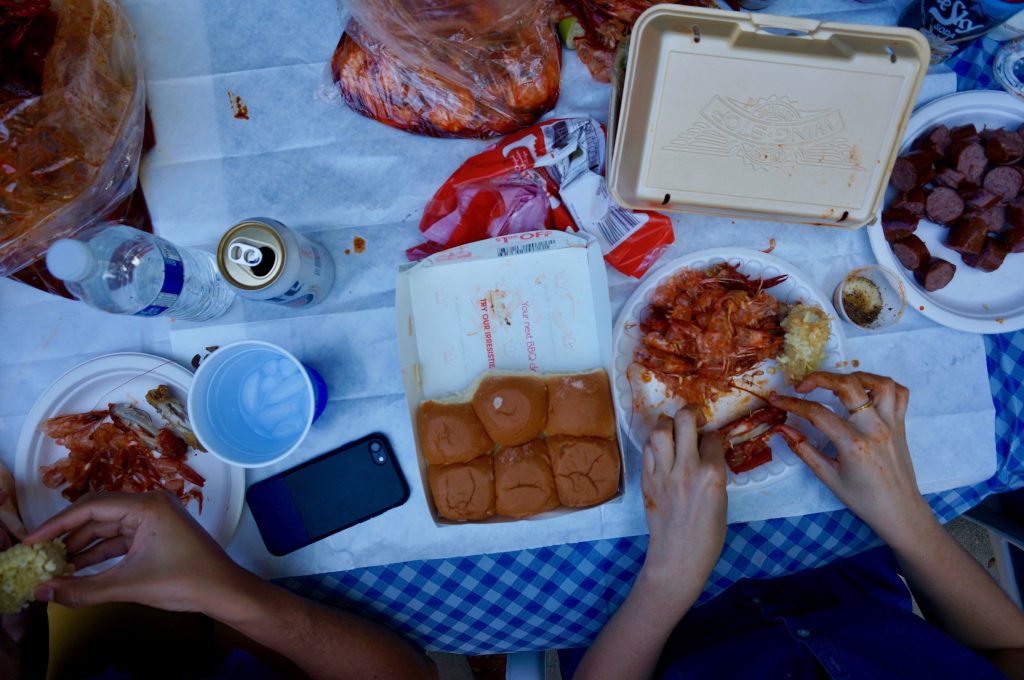 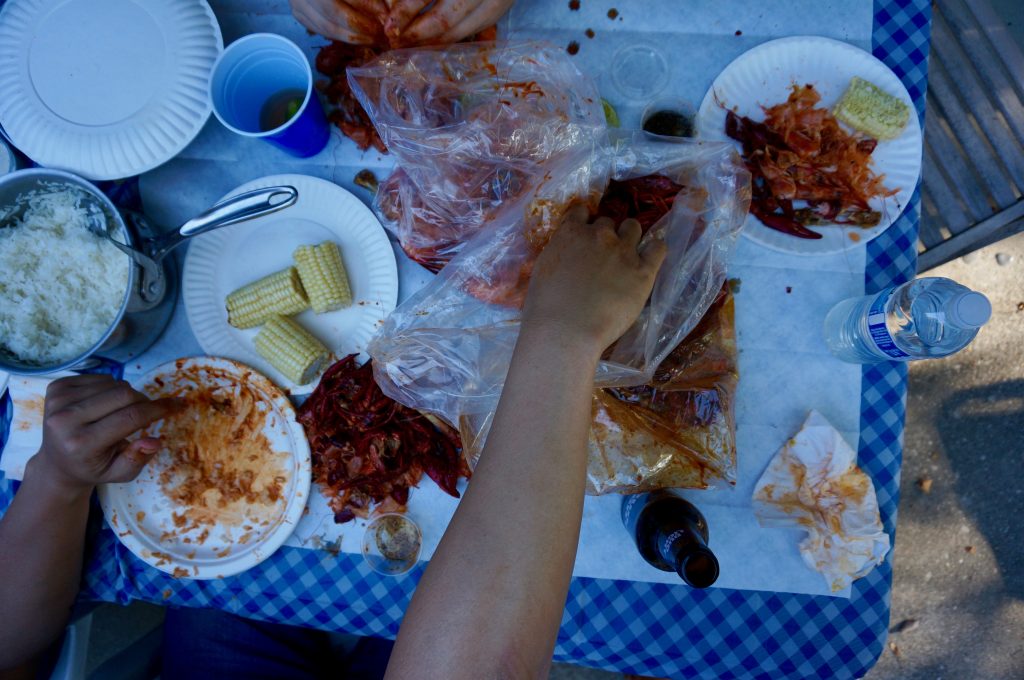 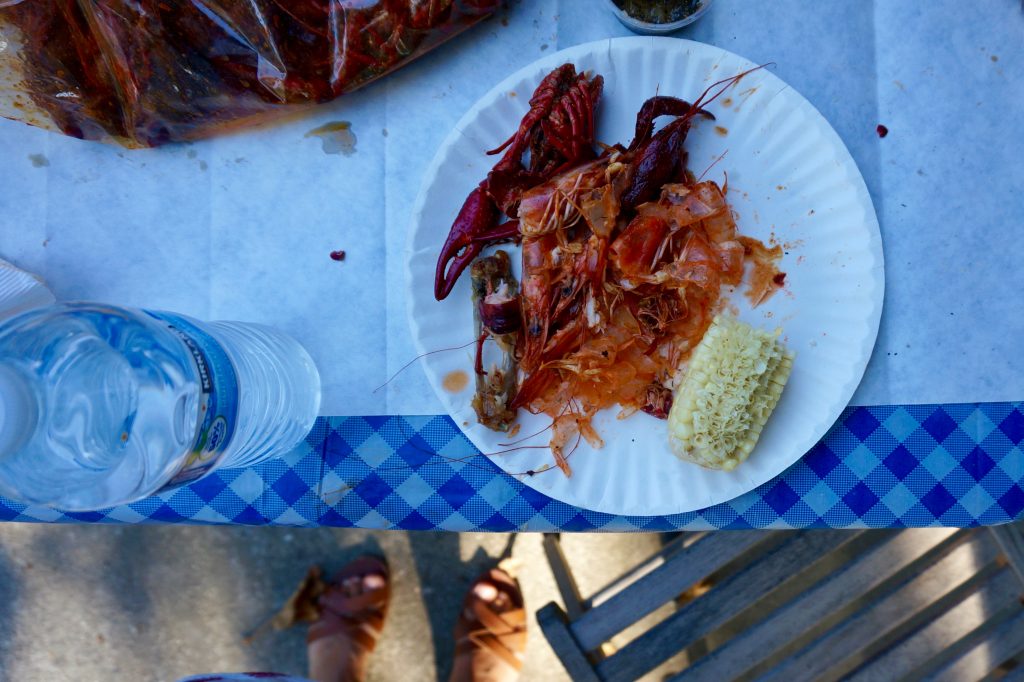 So the fourth of July dinner was good for me, and also good for the baby whose brain they say benefits from all the good omega 3s in seafood. Not to mention that I’d like to do what I can to encourage an adventurous eater from as early on as possible. After all, the amniotic fluid that the baby is swimming in is said to change its taste depending on the mother’s last meal.

A big thanks to all our wonderful friends for being fantastic hosts. If all fourth of July celebrations are like this, then I’m not skipping another one from now on. 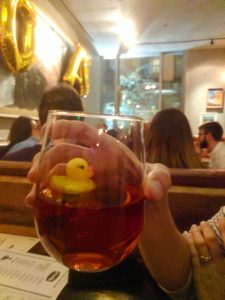 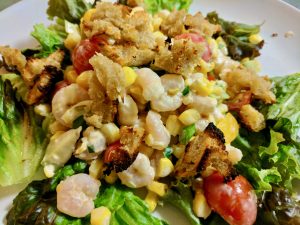