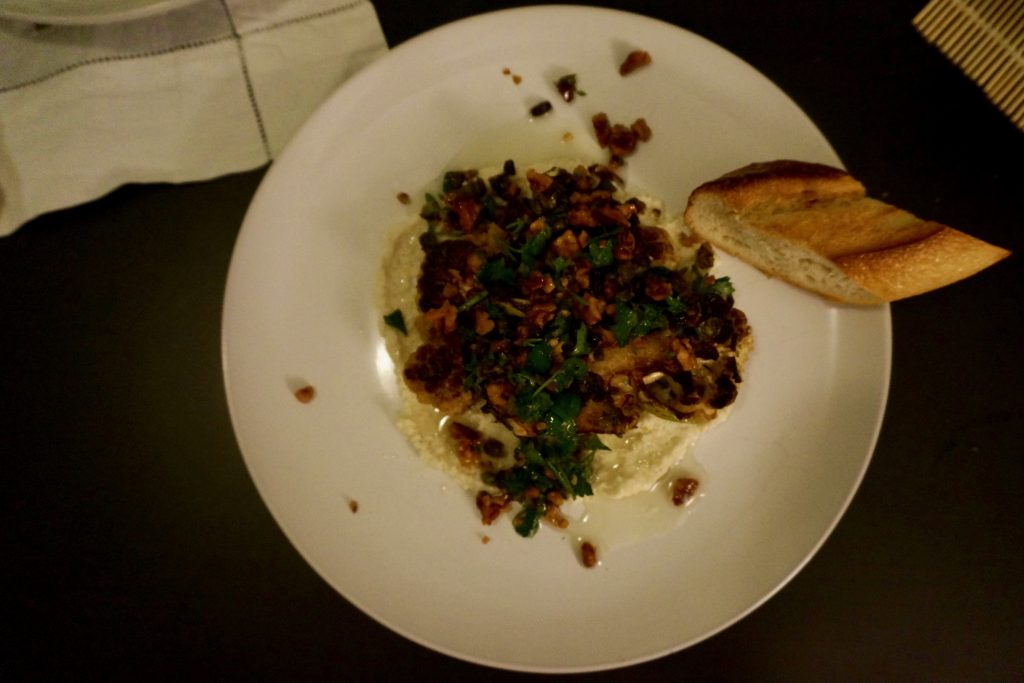 On the weekend, I cooked something that required a recipe. I sat down and searched for ways to cook the cauliflower that we had in the fridge, I sifted through recipes and suggestions until I found something that would work. I only mention this because it has been a while since I cooked anything remotely complex. Most days, I throw something together or hand off the cooking to Paulus, who then sometimes suggest going out, or getting take-away. Which isn’t always a bad thing. Earlier this week, when I declared my unwillingness to cook, and Paulus seconded that, we ended up doing date night at a Cantonese restaurant instead. I got to eat rice (and (gasp!) Paulus ate some, too), and my favorite Chinese broccoli, as well as some delicious roasted duck and barbecue pork. So, we’re doing what works for us right now and making the most of it, even if it is very uncharacteristic for me.

But on the weekend, I discovered a little spark in me of cooking enthusiasm, and I wanted to take advantage of it. Right now, Paulus is traveling a lot for work, which leads to some disruptions of our usual shopping-every-two-weeks-schedule, and thus the availability of things to cook with. Add to that that I’m trying to empty the freezer in anticipation of re-stocking it with pre-made meals for the post-partum period. That left a very limited set of things to work with. But there was the cauliflower.

My recipe search cumulated in this little gem, a cauliflower “steak” with cauliflower “hummus”. Miraculously, we had all the ingredients needed for this recipe, except for dried currants, which I replaced with raisins. So I set out to cook.

It’s a relatively labor intensive recipe. You’ve got to cut the cauliflower into thick slices like steaks, then boil the remaining florets and blitz them into a hummus with tahini, lemon, garlic and salt. Then you have to fry some capers, roast some walnuts, and mix those together with parsley, currants, lemon peel, vinegar, and chili. And then you fry the cauliflower steaks in oil, butter, oregano, and more lemon peel, before finishing them in the oven. But the result was delicious, and so well worth it. But my cooking energy might be spent for now, so we’re probably back to what’s-left-in-the-fridge-stirfry, and pasta-doesn’t-need-anything-but-tomato-sauce-does-it-?. At least for a while. 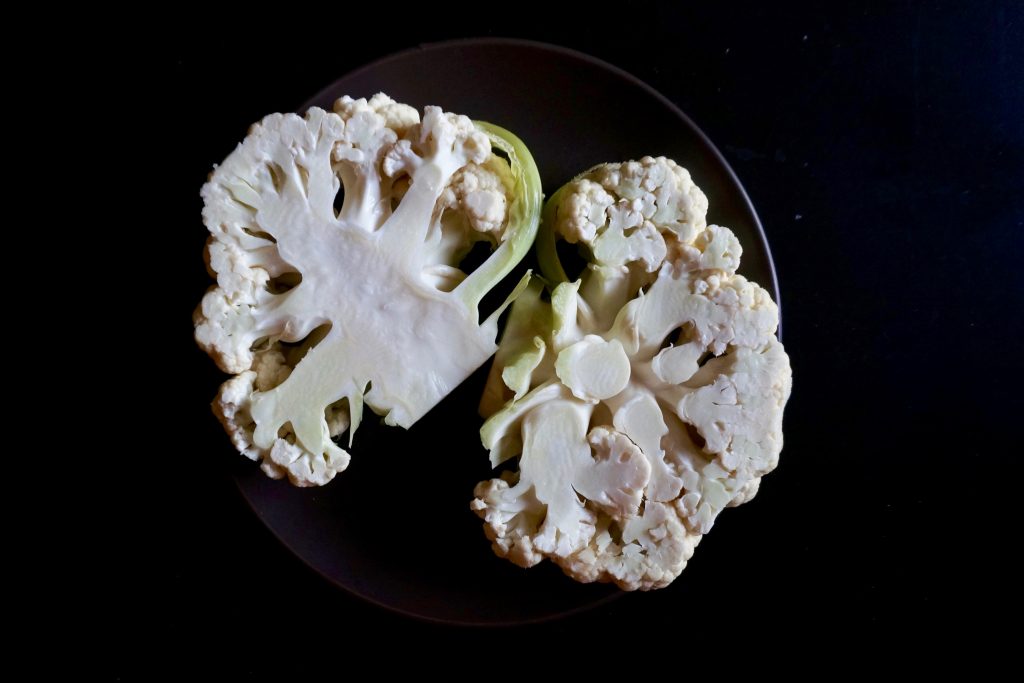 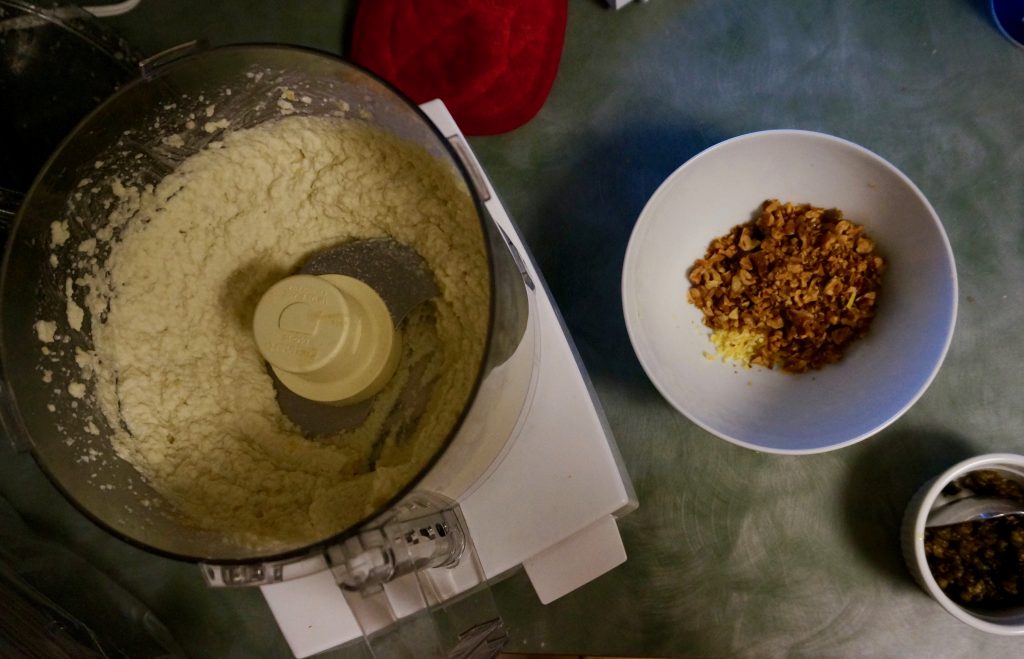 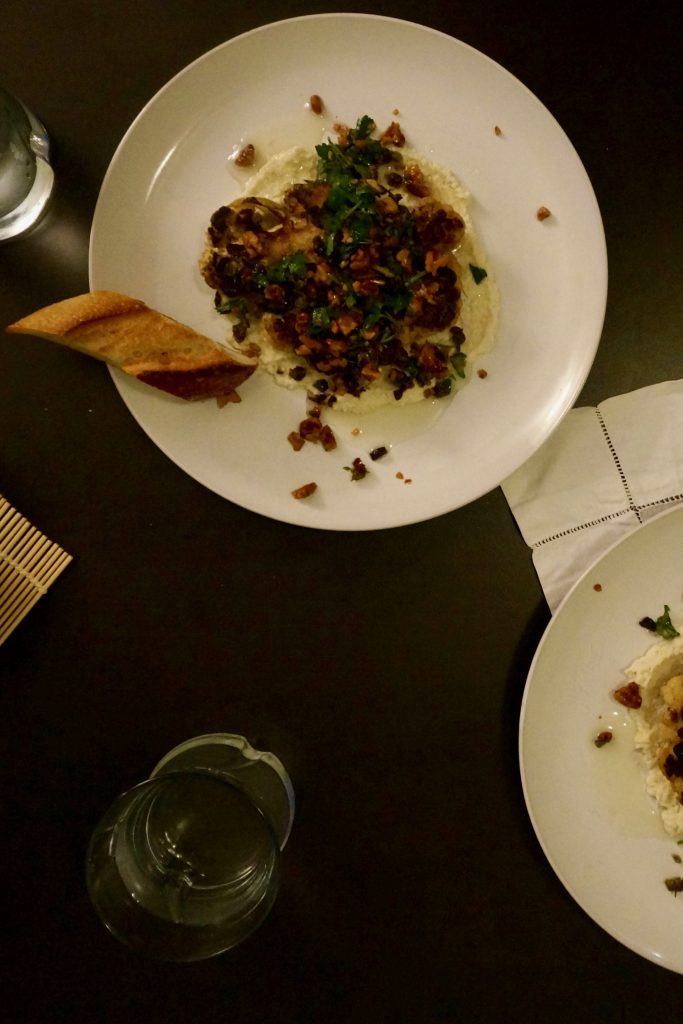 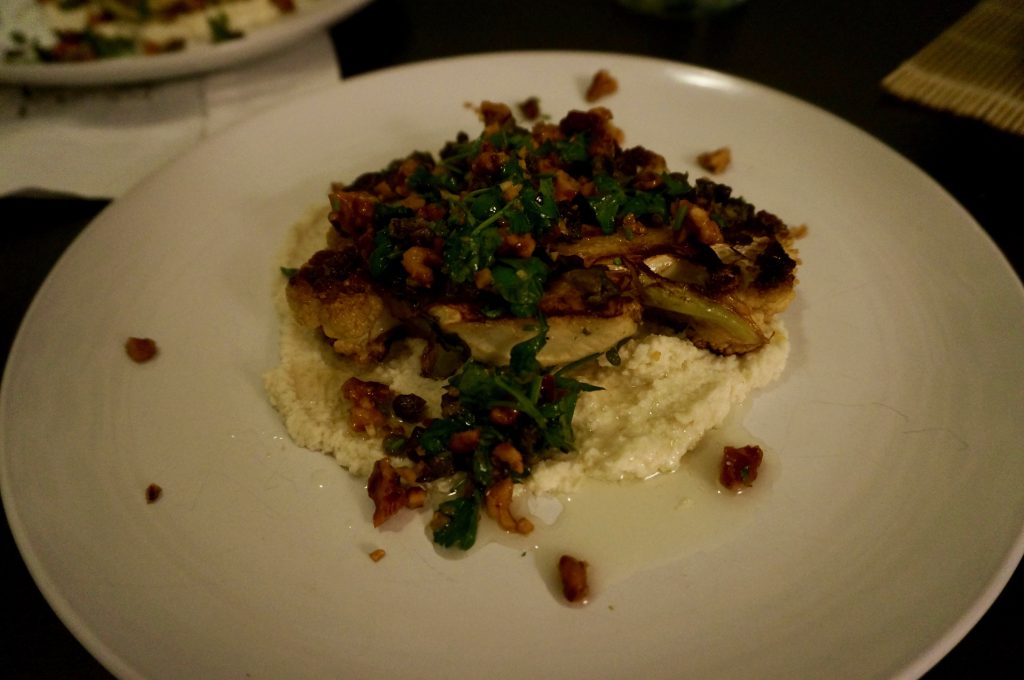 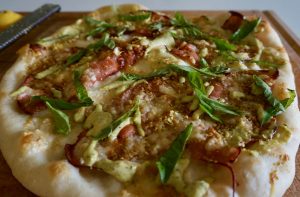 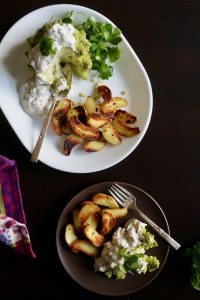 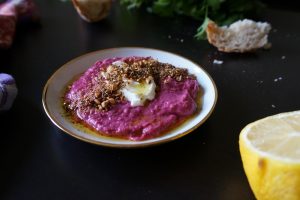 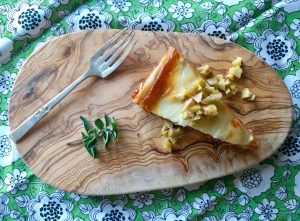