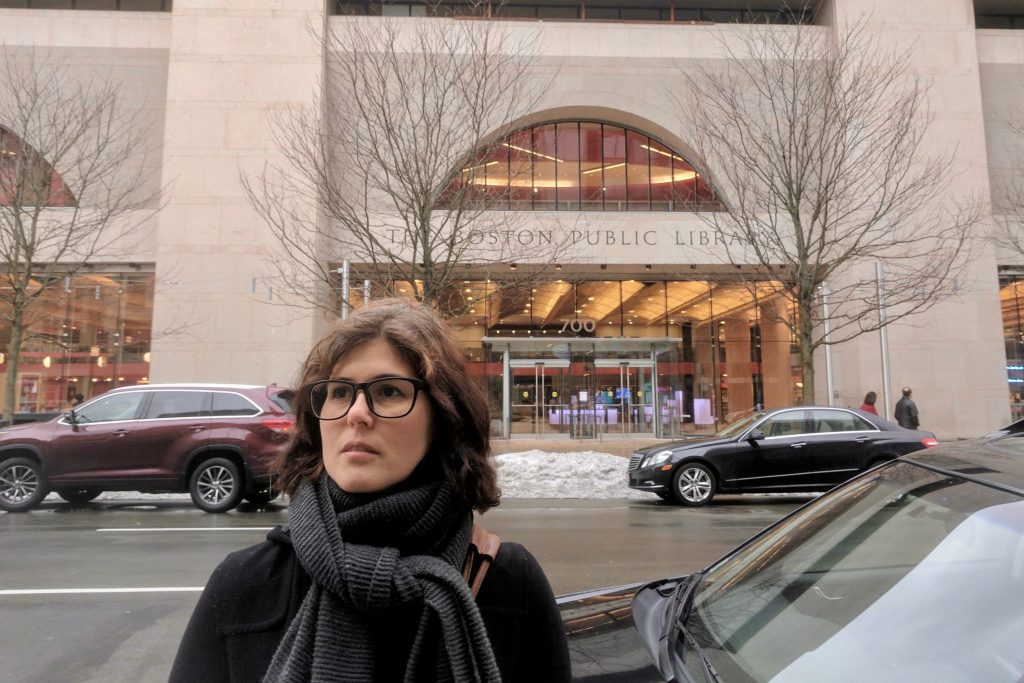 We visited Boston last weekend. We were hanging out with friends, and just enjoying a few days away from home. Granted, March is not the best time of year for sightseeing in New England, but it is an excellent time for eating and drinking. Predictably, we did both a lot. I don’t think I ever really felt hungry on this trip,  because we were constantly hopping from bar to cafe to bakery to restaurant. And we gained some excellent food-memories.

Most notably, we consumed so much seafood. Lobster rolls (this was a first to us!), oysters, and clam chowder. These are Paulus’ plates. Such quantities of seafood intimidate me. But I tried things, I promise, just keep reading. 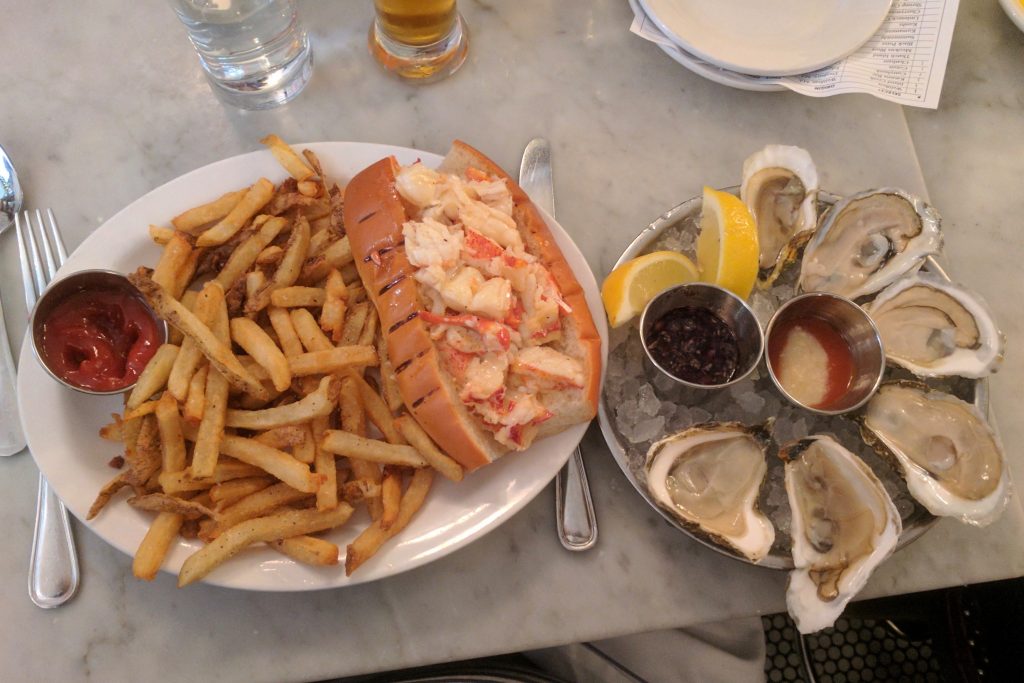 As for drinks, we had some excellent cocktails. Below (right) is one of my favorites from the Banyan Bar + Refuge, made with vanilla bean, hibiscus and bubbles. The happiness of the other pictured drink (from Highball Lounge) was less a result of its flavors, and more of its yellow rubber duck accessory. Seriously, I can’t accurately describe how satisfying it was to see that little duck bob around in my glass with every sip. The poor thing even capsized once or twice, but I was not above sticking my hand in my drink to rescue it. I’m sure this happens all the time in this bar… 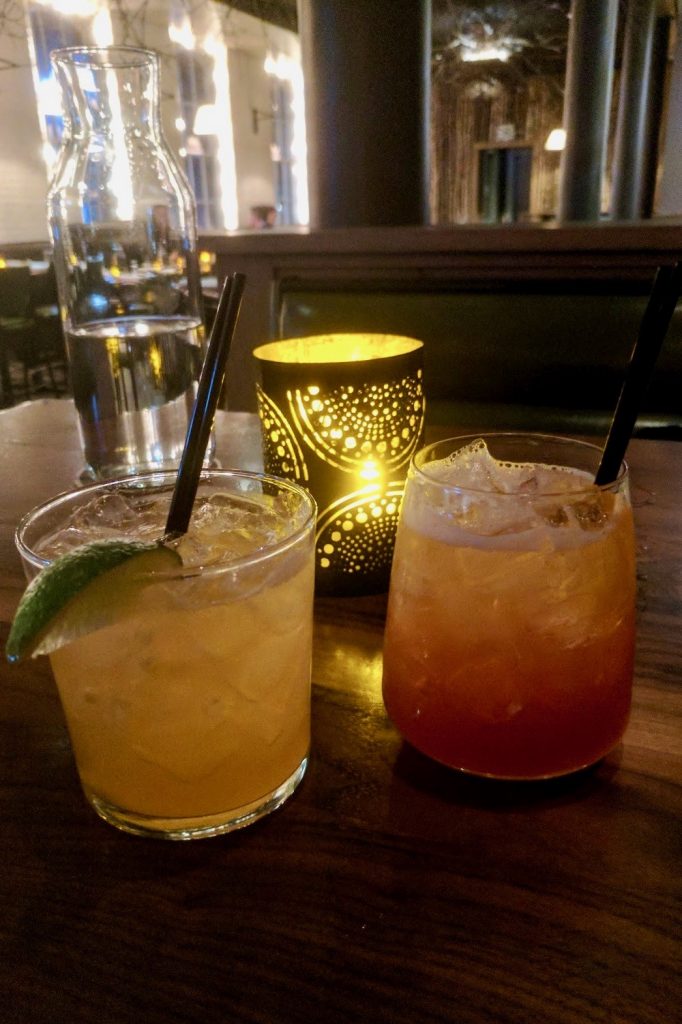 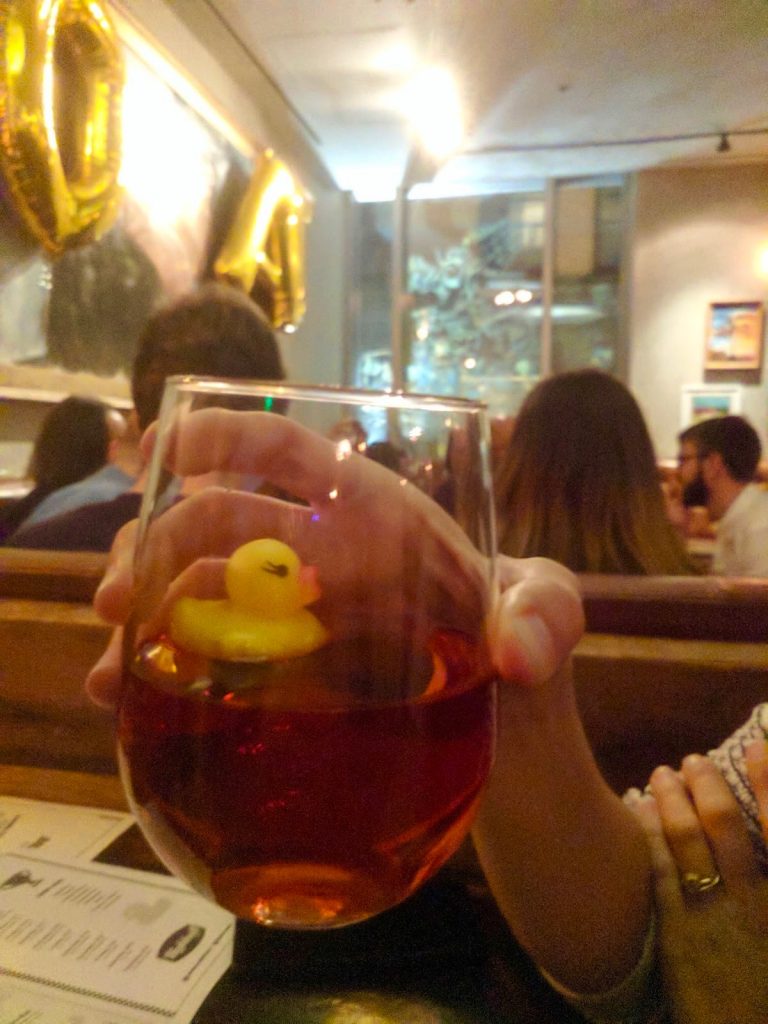 We also took a bit of road trip, through New Hampshire and into Maine. Cruising through Portland, Maine, I spotted a bakery, The Standard Baking Co.,  that I thought I recognized from some documentary about bread and bakeries in the United States. My travel mates obliged me, and we went to investigate the matter. The Standard Baking Co. turned out to be well worth a visit. No one was hungry because we had just had a gigantic breakfast. But we all bough stuff anyway. It possible that I bought a bit too much. But really, I had to try their levain bread, and is it my fault that the smallest loaf they had would feed a small village? Anyway, it’s nice to know that all that time watching food shows finally translated to some relevance in the real world. I feel vindicated. 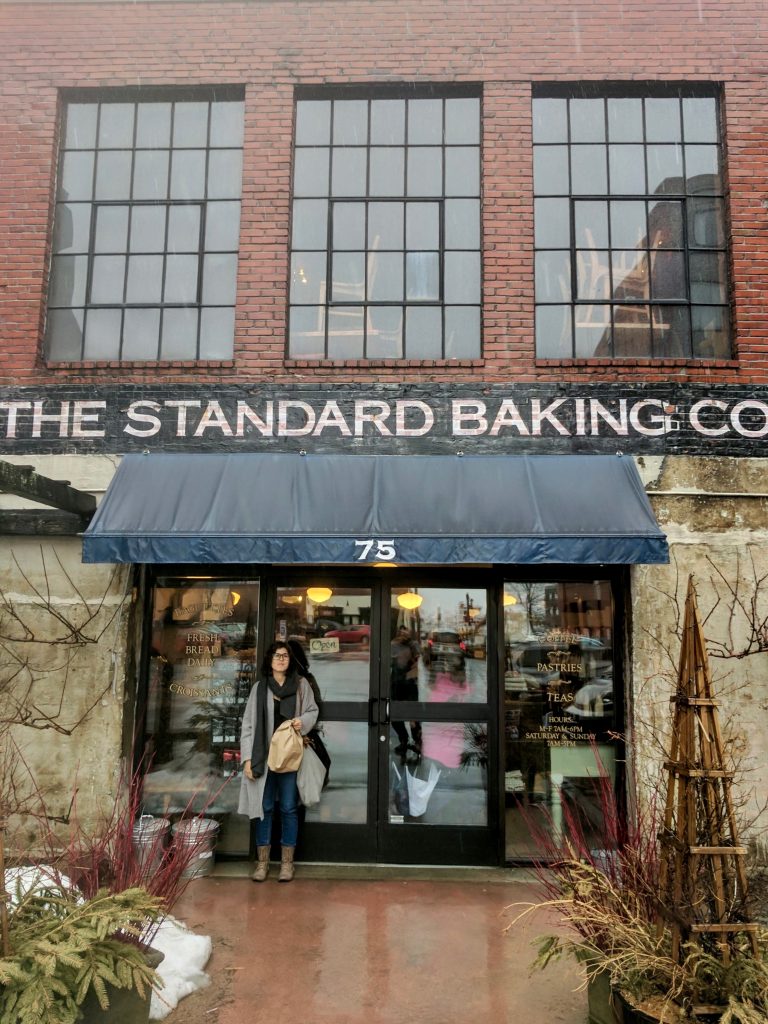 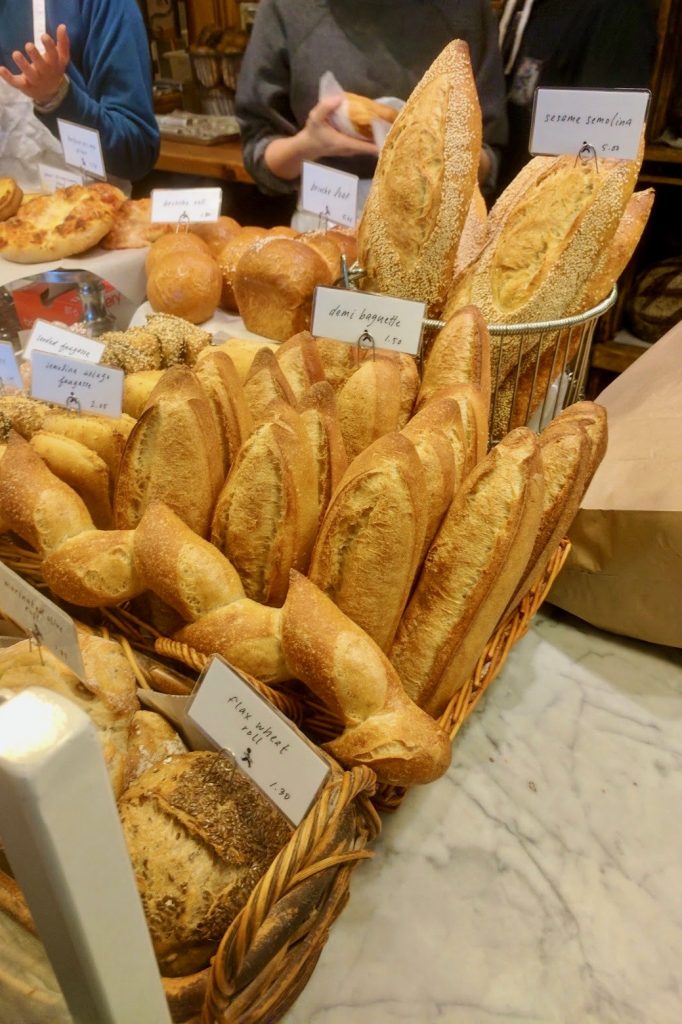 Munching on our baked goods, we continued our road trip. It was raining, so we were not particularly inclined to get out of the car to explore on foot. After some more driving, we decided that it was probably time for lunch. After our friends had introduced us to lobster rolls the day before, Paulus was totally hooked. So when we found a seafood place, we stopped to try if Maine lobster rolls were different from Massachusetts ones. Actually, that isn’t quite true – we didn’t just happen on this seafood place, we had to actively choose it among all the other choices, because as far as I can tell, every other building in New England is either a place selling lobster rolls or an oyster bar. The cafe where we stopped, Eventide, was both.

I was feeling daring, so I agreed to eat an oyster. Paulus was feeling daring, too, so he decided to one-up my choice and get oyster shooters for us. Apparently, an oyster shooter is a raw oyster served with a shot of alcohol. I like having wine or spirits with fish and seafood. It makes me less anxious about the fish or seafood tasting like fish or like seafood (which it so often does!), because the alcohol can scour away any unpleasantness in an instant if necessary. Seafood-consumption-for-the-timid 101. Obviously, I’m still working on learning to like seafood. I think I made at least some progress this week! 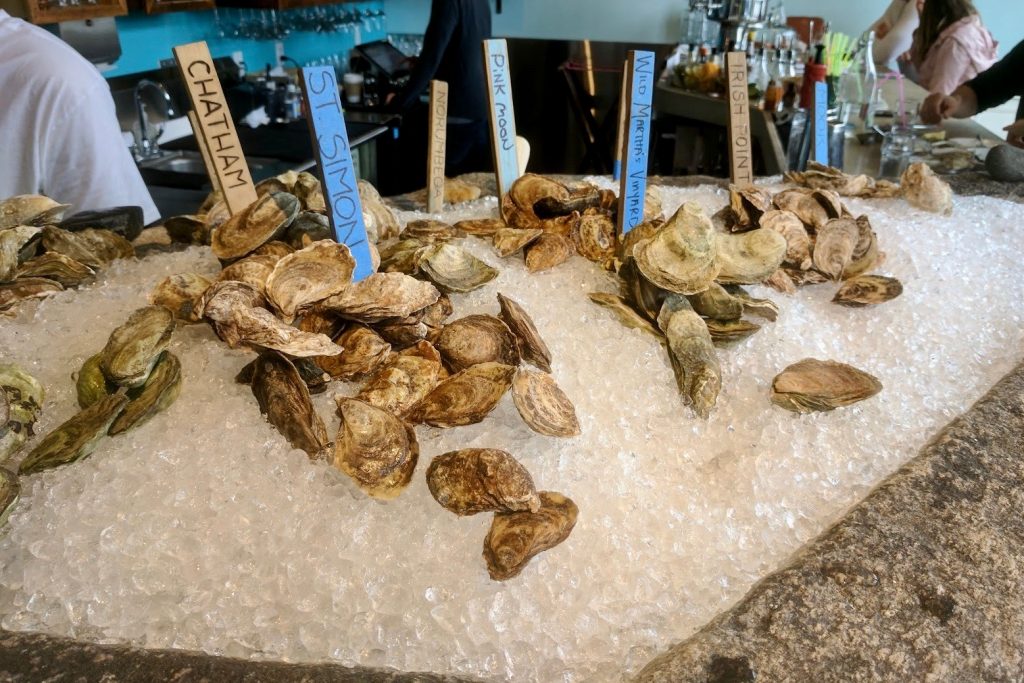 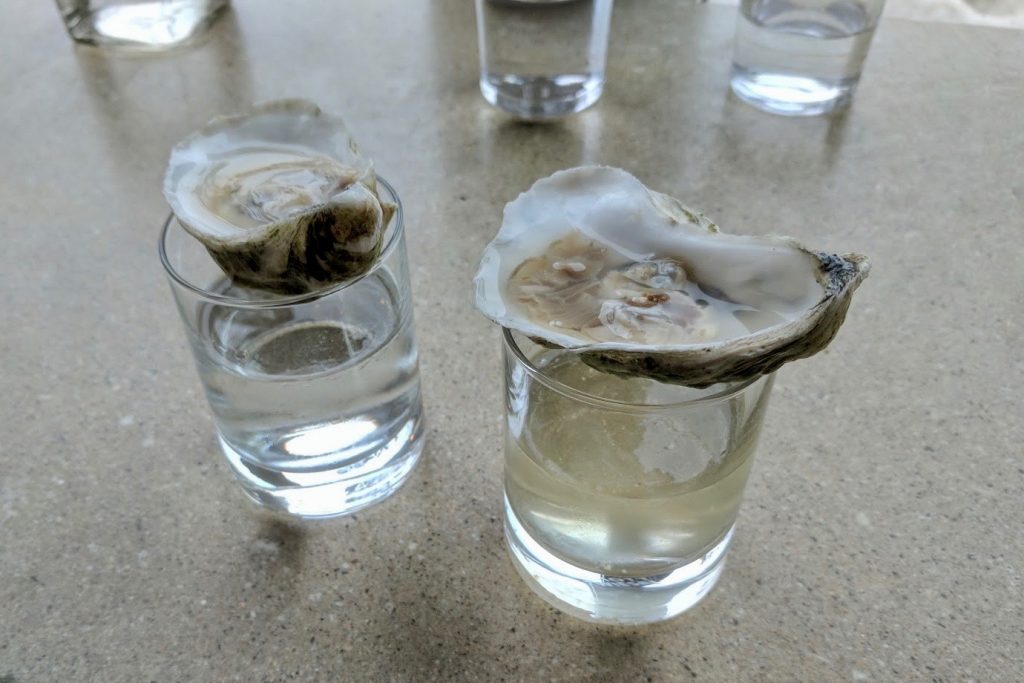 For our final evening with our friends, we had an excellent dinner at Alden & Harlow in Boston. Most of it was not photographed, probably because we were so busy eating! But if you’re in the neighborhood, this restaurant is worth visiting. They serve small, shareable dishes with both familiar and unexpected ingredients, all very well-prepared. I love going places that serve small bites, family style, because you get to taste a variety of food in one meal. The picture below shows all of us sharing a smoked chocolate bread-pudding with salted ice cream. So good, and what an appropriate ending to our Boston adventure. 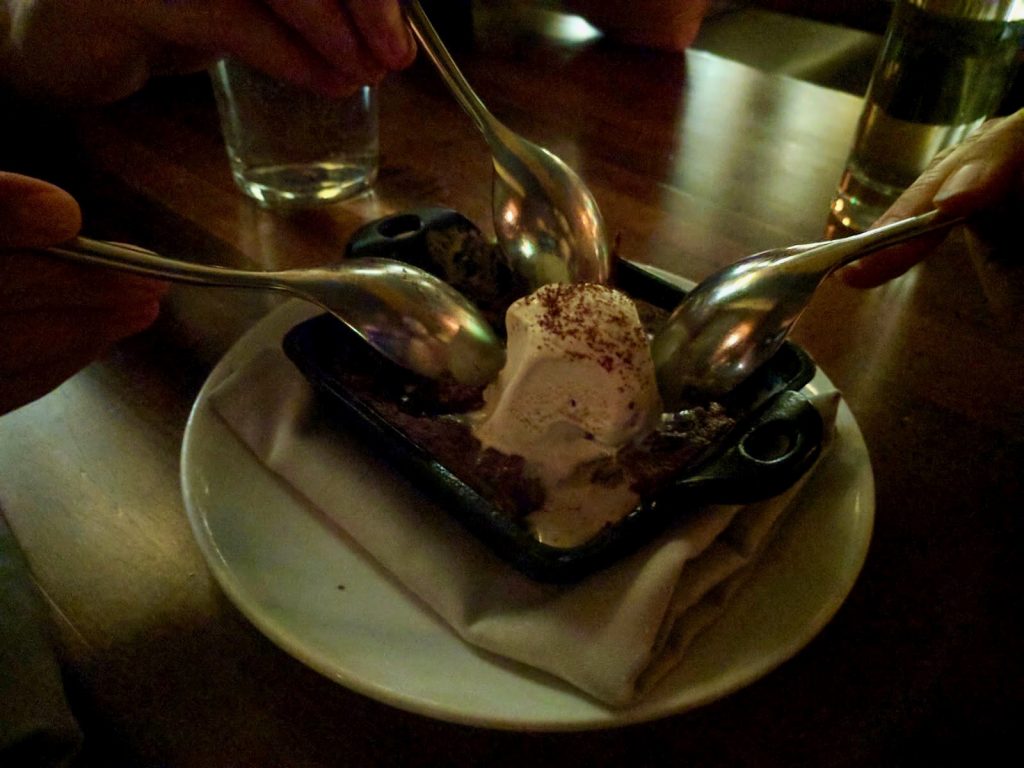 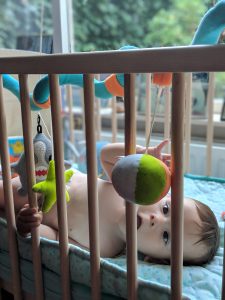 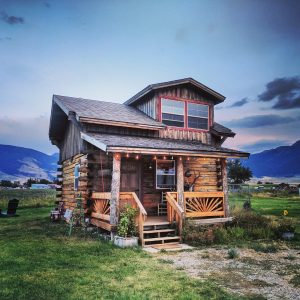